For those new to cannabis culture, perhaps the most important lesson is that not all weed is created equal. Whether you are buying CBD or dried flower, you need to be aware of where the product came from — both in terms of where it was grown but also what variety of cannabis the product derives from. All cannabis varieties are different; some have higher THC content, some have distinctive flavor profiles, and some are reserved specifically for medical use.

Every year, the cannabis community selects a few new varieties, called strains, which are widely considered to be the best of the best. Here are the best cannabis strains of late and where any cannabis user can find them.

If you buy weed in Colorado or surrounding states dominated by the Rockies, the following award winners are likely to be available to you in regional dispensaries.

Spritzer. A cross between the sickly sweet citrus of Runtz and two other strains with berry- and vanilla-dominant terpenes, Spritzer was deemed the tastiest new strain in all of Colorado. Though it can still be a bit difficult to find in stores, Spritzer offers a chill head high that leaves users feeling light and energized.

Sour Strawberry. This strain gets its name thanks to its Sour Bubble and Strawberry Cough genetics. A winner for people’s choice in the flower category, Sour Strawberry is extremely resinous, allowing it to provide an intensely potent, full-body high even as bud — though the strain is popularly used in extracts, too.

Mandarin Sunset. Mandarin Sunset has some of the most obscure genetics — Herijuana with Orange Skunk — but its skunky orange flavor is attractive in its own way. Even better, unlike many Cannabis Cup–winning strains, this strain offers an intensely calm high, which is both comforting and relaxing. This could easily become the next GG#4.

California continues to dominate cultivation in the U.S., and that means that new strains are emerging out of the West Coast with rigorous regularity. Many award-winning California strains are already available in obscure corners of the country, like Texarkana medical dispensaries, but these latest and greatest strains might only be accessible in the Golden State:

Gelonade. A lemony-vanilla mixture of Gelato #41 and Lemon Tree, Gelonade is primarily targeted at medical users afflicted with pain and anxiety. A true hybrid, this strain makes the body tingle while uplifting the mind, improving a user’s social confidence. Sun grown, Gelonade might not be as potent as many potheads expect, but it is a delightful bud.

Zkittlezmints. A strange name with a stranger terpene profile, Zkittlezmints combine sweet, fruity flavors with earthy, herby flavors and more than a hint of cooling mint. This is not a beginner-friendly strain; it is all but guaranteed to provide powerful stoning effects, primarily by couchlocking the body but also by buzzing the mind.

Blackwater. An indica strain designed to start mellow but melt the entire body, Blackwater provides an intense high. The strain boasts a dominant grape flavor with a bit of lemon and pine complexity, and it is rapidly becoming one of the most sought-after strains in the medical marijuana community because it is so effective at stimulating appetite, suppressing pain and reducing muscle spasms.

Melonade. Another Lemon Tree descendent, Melonade also uses genetics from Watermelon Zkittlez. Lightly citrusy and melony, the strain’s high is mostly focused in the head, providing delightful euphoria and cerebral effects. Most users advocate for consuming Melonade as an extract, especially in the afternoon.

The Midwest marijuana markets are much smaller than those in the Rockies and West Coast, but a number of cultivators in Illinois have competed for the best strains in the region. Medical and recreational dispensaries around the Midwest should soon stock up on strains such as:

Gorilla’d Cheese. Perhaps not the most appetizing-sounding strain, Gorilla’d Cheese mixes beloved the Gorilla Glue strain with citrusy clementine to produce a strain that is cheesy and earthy in flavor. Fortunately, its effects are what matter: feelings of happiness and elevation that are difficult to beat.

Winning the Cannabis Cup isn’t everything, but award-winning strains do tend to explode in popularity after a couple years. Those interested in sampling strains at the top of their class should keep their eyes out for those listed above.

Next Know The Different Types Of Web Hosting

What CBD Skin Products Best for?

5 Reasons Why You Should Switch to Disposable CBD Vape Pens 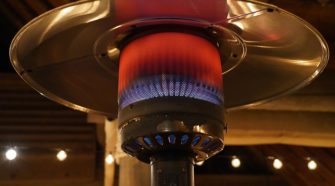