How can eSignature Software Add Value to the Banking Sector?

If there’s one thing that everybody in the world can agree on, it’s that bed bugs are never a welcome guest in the home. They may not carry any diseases or be able to kill you, however they are parasites—that drink your blood.

They also multiply incredibly fast, and they’re very difficult to spot. Most people don’t even know what they look like, and would be hard-pressed to answer the question how big are bed bugs?

Most of the time, if you spot a bed bug or have a hunch that they’re around, it usually means that you already have a pretty serious infestation.

Whether you own a home or not, it’s a good idea to have some bed bug knowledge since you can easily encounter them all over the world. To learn more about bed bugs, how they operate, their lifecycle, and how to recognize an infestation, then keep reading.

Where Do Bed Bugs Come From?

Bed bugs are those tiny nasty critters that like to setup shop in your furniture and feed on you while you sleep. They’re most commonly found in beds—hence their name—since you’re their primary source of blood. Of course, they’ll feed on any warm-blooded animal, but as long as they’re in your bed, you’re their target blood meal.

If you’ve ever had a bed bug problem, it probably seems as if they just magically appeared out of thin air. However, these blood-sucking nuisances have been around for over 3,500 years. It’s believed that they originated in caves with both humans and bats—and they’ve been hitchhiking on any and all soft surfaces around the world ever since.

If you’re dealing with bed bugs, you may be trying to retrace your steps and thinking, but I haven’t stayed in any dirty places. Bed bugs are often associated with “being dirty,” which is not necessarily the case considering their nomadic lifestyle.

How do you get bed bugs in the first place?

Bed Bugs tend to latch onto suitcases, purses, linens, upholstery, clothing items, fur, and can also be found awaiting their next ride on abandoned furniture. Basically, wherever humans may go, bed bugs can gather. That means you can easily and unknowingly encounter bug beds at schools, hotels, public transportation, offices, retail stores, and any place of residence.

Additionally, bed bugs are very tiny, nocturnal, and they tend to go unnoticed as they make their way through the world. It can also be difficult to identify an actual bed bug bite since their bites are similar in appearance to other insect bites. Being difficult to detect creates a recipe for disaster, as it allows bed bugs to populate without anyone noticing before it’s too late.

How Big Are Bed Bugs? Appearance and Life Cycle

Bed bugs are incredibly small—but not invisible. As we’ve mentioned above, they also have nocturnal tendencies, which means it can be difficult to spot a moving bed bug in the day time. They’d much rather spend their days resting between the warm cracks and crevices of your bed frame, mattress, and bedding.

Of course, if you think you have a bed bugs, it’s crucial that you’re able to identify them and understand their lifecycle. You could have a few bed bugs roaming around or an entire infestation. Both will require different plans of attack.

Of course, the best bed bug exterminators are the ones who know how to strategize.

Adult bed bugs have a flat, oval shape, with the females being the wider of the parasites. Length-wise, they grow to about 1/4th of an inch. They have six legs, two antennae, and they’re brownish-red in color.

Luckily, bed bugs do not have wings.

More specifically, an unfed bed bug will be mahogany brown in color—and flat. After they’ve eaten, they become engorged and elongated, taking on a more reddish-brown color.

Baby bed bugs, or nymphs, are only a fraction of a fraction in size. They also start off as translucent, making them virtually invisible to the naked eye. If you have baby bed bugs, it’s highly likely that you’ll have no idea until they become adults.

If you happen to spot a bed bug crawling around, knowing the current stage of its life cycle will be a huge help in your efforts to kill off every last one in your home. As we talk you through the life cycle stages, you’ll see why:

Bed bug life begins with eggs that are grain-like, only much smaller—about one millimeter in length. For a better visual, picture two grains of salt. They’re milky white in color, and females tend to lay between one and five of them a day, also referred to as clusters.

Each female can lay up to 500 eggs in one lifetime, and each female that’s born into the dark folds of your mattress will repeat the cycle. Bed bug eggs take up to two weeks to hatch, and once they do, the babies begin to feed right away.

Each molt requires a feeding, and as the nymphs feed, they slowly begin to turn from their milky-yellow translucent coloring to reddish-brown.

Once the bed bugs have become fully-formed adults, they’ll take on their classic flat and oval shape. Adult bed bugs need to feed at least once a week, but they typically feed five to seven days a week when their host is present.

Overall, the lifespan of a bed bug can last anywhere from four to six months. In cooler conditions, they may live up to a whole year.

Signs You Have Bed Bugs

Since bed bugs are nocturnal, it’s likely that you won’t ever see one. Additionally, their bites are often mistaken for mosquito bites, and some people have no reaction to their blood-drawing bites at all. This is why it’s so easy for bed bugs to go undetected for such a long time, allowing them to grow in numbers.

If you think you have bed bugs, knowing where to look for them is half the battle. Bed bugs most commonly seek refuge in the following places:

While bed bugs may be good at hiding, they’re not good at cleaning up their messes. You may not people to spot a live bed bug, but they do leave behind some physical signs that will indicate to you where they gather and how many of them there are. The most common physical bed bug indicators include:

So, the first thing you’ll want to do is take the sheets off your bed. Check the edges, crevices, and the piping that runs along your mattress for evidence of molted skins. The molted skins will look like a shell of the bed bugs, and they’ll likely vary in size if there’s a lot.

The fecal matter that bed bugs leave behind will appear as smeared stains. They’re usually dark brown in color or sometimes black. You’ll likely find these fecal smears along the same path where their exoskeletons are shed and the other places they gather to digest and rest.

What About Bed Bug Bites?

Lastly, you may notice traces of blood on your sheets within close proximity to where your legs, arms, stomach, or buttocks were positioned for the night. While bed bug bites aren’t the most reliable indicator that you have new roommates, they are a starting point.

If you’re being gnawed on by bed bugs, you’ll likely exhibit the following physical signs:

Bed bug bites also tend to be clustered, focusing on your most meaty parts.

Don’t Hesitate to Call an Exterminator

So, how big are bed bugs? Not very big. However, that doesn’t mean you can take on an entire bed bug infestation yourself. They’re rather tricky to get rid of since they like to hide and it’s not easy to get an exact headcount.

That’s why if you even have an inkling that those creepy crawlers have moved in unannounced, you’ll want to contact a professional exterminator immediately. Only a professional with experience will know how to treat your situation and help you become bed bug-free quickly and with ease.

For more informative articles on health and home, check out the rest of our website. We keep current with everything you need to know about living life.

Next How to Install Burglar Alarm 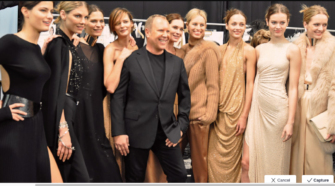