Is it your first time to know the word gel blaster? Generally, this sport is somewhat like airsoft and paintball, but it has some twists. This gameplay follows a close-quarter combat shooting style, and the players wear dump pouches and camouflage clothing to make the sports interactive and real-like war scenario.

This sport was popular in China as a substitute for airsoft. Afterward, it became well-known to other Asian countries such as Malaysia and Vietnam. With the massive enthusiasts who advocate Gel blaster, it has also become a unique and famous outdoor activity in Australia in Queensland and the Southern part of the country.

Now, you have the basic idea about the gel blaster, let us talk about the gears, equipment, ammunition, and game mechanics.

What are the gears to wear?

As a participant, you need to be aware of the safety precautions of this game. Since it involves shooting and firing gel-based ammo, you need to wear clothing that will protect you from the harm of the bullet.

A full tactical outfit is mandatory to keep your face and skin protected from the ammunition. You may wear the following:

You may also play with your look using cool and unique protective gear such as a full-face mask guard, a Matrix V5 style mask, or M4 CS Field Faceguard.

What is the firearm equipment to use?

Like paintball and airsoft, this outdoor activity uses gel blaster guns with varying specs and features. The firearm equipment itself looks like an original replica of the real-like shooting guns. Therefore, most Australians love this gameplay due to its almost realistic combat outfit and mimicked real-life gun.

Before you buy a gun, you should determine first the kind of gun that you prefer. There are several kinds of gel blaster guns that you may consider such as, rifles, pistols, shotguns, SMGs, revolver, handguns, and Sniper guns. If you think you are comfortable with a handgun or a rifle, then you may start practicing with this equipment. To give you some hints, here is our list:

For beginners, it is essential to have at least two guns, such as a rifle and a handgun. In this way, you can shoot the opponent easily in case your rifle runs out of bullets. You may insert your handgun in your dump pouch to quickly make a ricochet firing.

Furthermore, you need to confirm what types of guns to use during the game. Usually, the organizer will inform you regarding the mechanics, gun types, and gear to use for the gel blaster activity.

How to play the gel blaster skirmish?

Generally, two teams will play the Gel blaster skirmish. Your team should at least have five members and one additional member as the substitute. You can have a team of more than five players if your opponent has the same counts.

You will need to hit as many opponents as you can and keep in mind the gameplay rules. If you are hit already, you must raise your gun and scream “I’m Hit” so that you will be eliminated on the field. Furthermore, cheating your opponents is strictly prohibited hence you need to play professionally and ethically during the game.

If you are out of the field, you will need to transfer to the respawn area. You will only have another chance to play the game once the first round ended. As the golden rule of this game, you should always wear eyeglasses and a mask to prevent facial and eye injuries. Although the gel-based ammo will not cause any severe damage to you, it may still hurt you due to the speed and impact of the shot.

Is this game meant for any participants?

Generally, this game is played by adults. However, there is also a game for kids or teens. There is a strict implementation of the gears to wear and guns to use for the youth’s gel blaster game. Usually, the age limit for pistols is at ten years old while fourteen years old for the rifles. Of course, the parents or guardians should be present during the gameplay to assist and call out the kids if necessary.

For the adults, they need to get a clearance first for compliance purposes. In this way, it will ensure that your equipment will not cause any danger to the participants. Even though this is just a toy, you still need to be responsible for using it.

Are you excited to try this sport?

If you are looking for outdoor activity, the gel blaster war-like gameplay is a great choice to consider. It will help you develop your strategic skills, boost your endurance and strength, as well as improve your eye coordination. You will also meet interesting people as you joined skirmish or clubs when you decided to play this sport.

There is no harm in trying the gel blaster activity for as long as you wear the appropriate combat suits, wear comfortable running footwear, and kept the game mechanics in mind. You should explore this activity and play it for fun.

Previous The Common Benefits of Investing Your Money

Next How Can I Deposit to Play Slots Online? 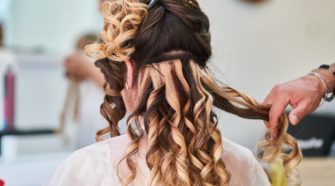 Pick up Best Wig for your stylish hair Makeover