There is a hype that Bitcoin is the future of money. Also, some people say that it will replace the existing currencies from the world. Moreover, some folks even say that central banks and financial institutions are in danger.  But how far are these statements true? If so, what do governments and banks are planning to deal with the situation?

Although Bitcoin offers many potential benefits, there are some vital reasons for not getting complete acceptance. The problems can become a risk not only for the users but also for the banks and the economy.

Governments control the traditional currencies with the help of central banks. They use monetary policy to issue money and have the power to increase and decrease the value of money. They can also make the regulations for how currencies will be transferred and track the movement.

As digital currencies like Bitcoin offer much more freedom, faster processing, and easy cross transactions, many people want to adopt it. As a result, banks lose their customers, and ultimately, it’s a loss in their business.

If Bitcoin or any other cryptocurrency gets mass adoption, the existing banking system may get into trouble. This is a threat to the business of banks, and it can negatively impact the economy. So, banks and governments want to regulate Bitcoin.

Governments want to regulate Bitcoin because of the involvement of criminal activities. Ten years back, Bitcoin was totally new, and people were not aware of the concept. They didn’t know how it works and why they should use it. But people who want a liberal financial system accepted it.

However, criminals used it as a way to steal personal information and digital money from many users. This is still continuing, and many people suffer for their loss. So, banks and governments want to regulate Bitcoin to reduce money laundering and cybercrimes.

Many cases have found that harmful chemicals, weapons are traded with Bitcoin. It was possible because it offers anonymity and privacy to users. So, criminals, terrorists found it suitable for trading illegal items in exchange for Bitcoins.

Even though the decentralization feature has some potential benefits for the users, it can create many problems for the country. Therefore, governments and banks want to regulate Bitcoin and other virtual currencies.

There are several other reasons, such as the issuance of loans, mortgages, and other essential banking activities. With Bitcoin, how can people take loans, whom they will trust and get money from? Moreover, many people cannot trust a system without any real physical existence.

Additionally, the bad news of the black market in the crypto space has a negative impact on its lack of regulation. So, these are some of the main reasons why governments and banks want to regulate Bitcoin.

Even though there is a lot of payment restrictions in Bitcoin, some countries allow their citizens to invest. Many successful Bitcoin investors recommend the bitcoin south african to invest or trade Bitcoin. If you want to invest in Bitcoin, understand the risk and reward of Bitcoin.

Now that you know different reasons why banks and governments want to regulate Bitcoin, what’s your opinion? Do you think that Bitcoin and other cryptocurrencies should be regulated? Lastly, if you have any queries, please share them in the comment section.

How Can Bitcoin Resolve The Challenges Of the Movie Industry?

The contrast between a lace frontal wig and a headband wig

8 Benefits of Getting Dental Implants in Brisbane

What Does the Future of AI Powered Image Recognition Really Look Like?

How the Blockchain Facility Will Improve Healthcare Facility? 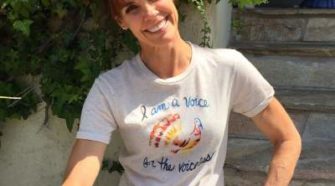