Reddit is a website that’s made headlines more than once. Reddit is a site that lets users focus in on their interests by subscribing to certain subreddits. The format is similar to many blogging aggregates, but is Reddit social media?

Well, yes and no. Because Reddit allows for levels of anonymity not possible on other networks, it’s more anti-social media. But the site admins are updating Reddit to become more social by adding features like avatars, profile pictures, and Reddit Gold.

However, the Reddit platform encourages users to engage with the content more than other sites. This makes it an excellent platform for marketing and blogging. Reddit averages over 21 billion screen views per month, so you should definitely be familiar with the platform if you stay ahead.

For example, if you’re into niche woodworking, you could subscribe to subreddits that exclusively discuss woodworking. If you’re a sourdough fanatic, there are dozens of subreddits dedicated to talking about bread (cheerfully referred to as “Breadit”). There’s even an entire forum dedicated to debating whether or not a person acted like a jerk.

What makes Reddit an “antisocial media” site is this focus on interests over socializing. You interact with other people on Reddit, but usually anonymously, and the discussion is rarely focused on building a friendship.

Reddit is used to facilitate discussion rather than socialize. Though there are subreddits dedicated to casual conversation and friendly banter, the majority of Reddit is dedicated to interests and hobbies.

On Reddit, you subscribe to subreddits, notated with an r/: e.g., r/woodworking, r/breadit.Users can submit text posts, external links, photos, and videos to each subreddit. Users then “upvote” or “downvote” the content to decide whether or not it’s worthy of the subreddit.

This voting system is roughly the same as “like” and “dislike” buttons, but Reddit users tend to implement them with some nuance. The general mantra around the site is that you upvote content that is high-quality and relevant to the subreddit. However, people still tend to use it as a dislike or disagree button.This voting system allows Reddit to feel more egalitarian. Instead of seeing content based on the people you know, you see content that has been upvoted by hundreds of other people. Highly-upvoted posts come with an unofficial seal of approval.

Reddit also allows for awards, which are small virtual badges that are displayed on top of a post or comment. This began with Reddit Gold, which costs real-world money. Now there are dozens of awards that can be given, including subreddit-specific awards!

Because Reddit encourages discussion and debate, it’s not uncommon to see hundreds or thousands of comments beneath a post. Several subreddits boast over a million members, and the most-upvoted post of all time garnered over 400 thousand upvotes.

So what’s the secret to keeping user engagement so high? Why do people keep coming back to Reddit?

Part of Reddit’s success is how easy it is to filter out low-quality posts. Unlike Facebook or Twitter, you’re not likely to see your relatives oversharing about their personal life on Reddit (though you can give relationship advice to complete strangers). You can curate your Reddit feed to only show you content you’re passionate about.

Subreddits are watched over by volunteer moderators, who decide rules for each sub and moderate the posts. Some subreddits are more lax than others. Most of the time, low-effort or irrelevant posts are downvoted and eventually removed or deleted.

Lastly, anything goes on Reddit. There’s always something new to find, from a subreddit dedicated to hidden details in movies to a space for complaining about your mother-in-law. The sheer amount of content produced on Reddit keeps people attached.

Reddit has allowed advertising on its site for a few years now. in recent years, they have ramped up their advertising efforts. Marketers can now place ads between regular posts, and pin advertisements to the top of comment sections.

However, many people on Reddit trend more skeptical. They may instinctively scroll past a flagrant ad. Using Reddit for influencer-style marketing will be more successful.

The Honor Society Redditguide is a great read if you’re looking to really master Reddit marketing. Their advice is clear and concise while still being informative.

Using Reddit as a blogging platform is easier than it seems. You can create your own subreddit to curate all of your posts, or post directly to your profile. Reddit has recently implemented a “follow user” feature, so people can subscribe to your feed.

Blogging on Reddit is best if you work in a niche field or have a more obscure hobby. Similar to chat boards of the early 2000s, you can discuss strategy and find advice from other members of the community.

Branding your content on Reddit is crucial. You need to keep your message and aesthetics simple and consistent to gain trust with users.

We hope this article answered all of your questions about using Reddit. You should no longer be asking yourself “Is Reddit social media?”, and instead, signing up for an account. Reddit’s focus on user-generated content is great if you know how to use it.

For more advice, analysis, and informative articles, flip through our blog. We bring you timely news and information that will be indispensable in the modern age. Read on for more!

Previous How to Get a Cheap College Education

Next The Legal Guide to Premises Liability Claim You're Looking For

Solve All Your MacBook Issues with Professional Help

What will the Internet of the future be like?

Robot Arm – The Benefits of Collaborative Robots You Are Missing

How to Keep Your Digital Memories Safe

8 Reasons to Hire Your Painting Services 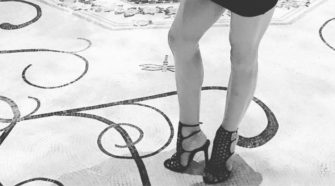 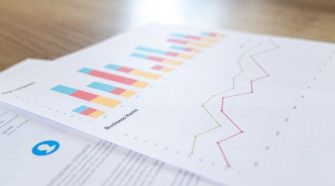 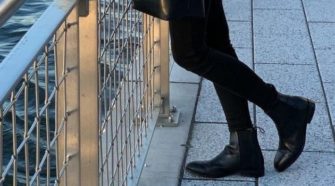 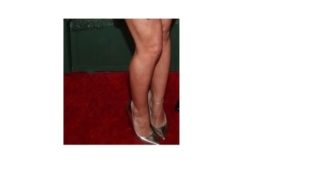